You may think of potato soup as a quintisential German dish, but did you know Asparagus soup (which typically includes potatoes) is also popular?

Asparagus gradually made its way to Germany in the 1500’s.  Currently the Deutsch are the 4th largest producer in the world.  When you are in Germany during Asparagus season, which is  early summer, you will find it prepared every possible way in restaurants.

Texicureans visited with Barbara Laner in the Black Forest area of Germany to learn her time honored recipe. 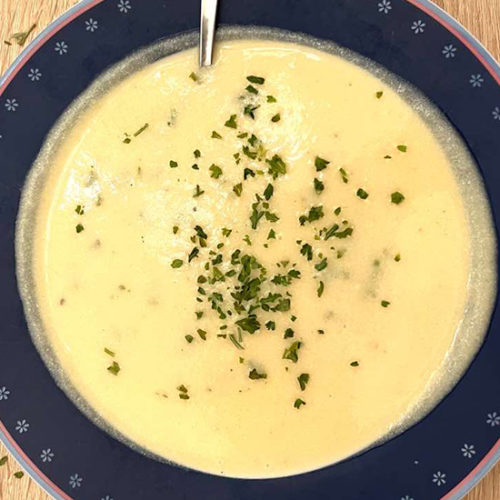 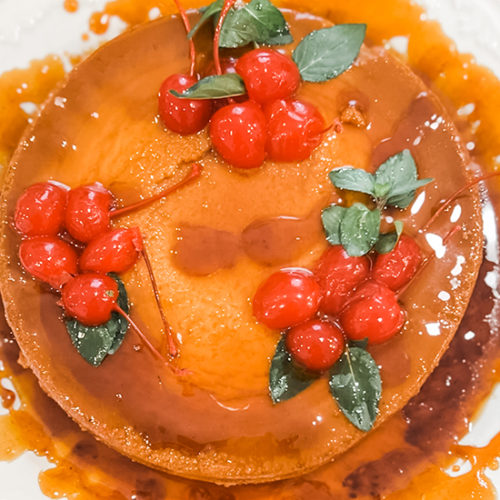 We still have warm days that call for a refreshing drink.  For a change of pace, try Jamaica or Hibiscus tea.

It’s healthy for you, has a lot of vitamins and its a beautiful, refreshing drink.

Simply add the dried hibiscus flowers to boiled water with a little sugar, a sweetener like stevia, or honey and let it steep.  Strain out the flowers, let cool and pour over ice.  Serve in glasses over ice.

I have even added a little lemon juice and mint for a slightly tart flavor.

You could also add sparkling water for a little fizz.

This is a drink you find quite often all over Mexico,  Its even quite common to serve a Hibiscus Margarita! 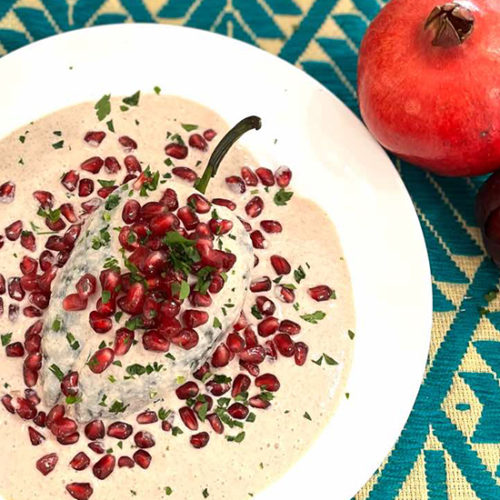 Chiles en Nogada are generally served at room temperature, but some people like to eat them warm. So, before you serve them, you may only warm the stuffed chiles, but NOT the Nogada cream sauce. Add sauce after warming. Enjoy!

Love tomatoes, colorful peppers, and cucumbers? Gazpacho is the combination of all those combined in an iconic Spanish cold soup. Try it for a great way to chill on hot summer days at lunch or supper.

This recipe elevates the spicy, bright and rich soup with coffee glazed bacon and sour dough croutons. You may even say that they all become best friends in your mouth! After all, what isn’t better with bacon on it?

Just save some of that morning coffee and see what happens! 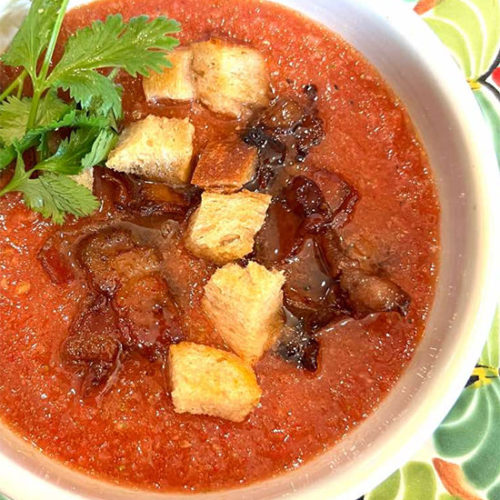 To Serve: Pour into individual bowls and top with croutons and bacon.
If you have ever raised zucchini you have probably had this happen:  You walk into the garden and discover the gargantuan of all zucchini that was previously hidden under a leaf!
So, what to do?  Here’s an idea that is a crowd pleaser and healthy at the same time:  Zucchini brownies.
Moist, with just the right amount of chocolate sweetness – you will surprise the folks you share them with when you share the secret ingredient.
The icing is great, but my friend Karen prepared it sans the icing and served it to rave reviews.  So, you choose – to ice or not to ice! 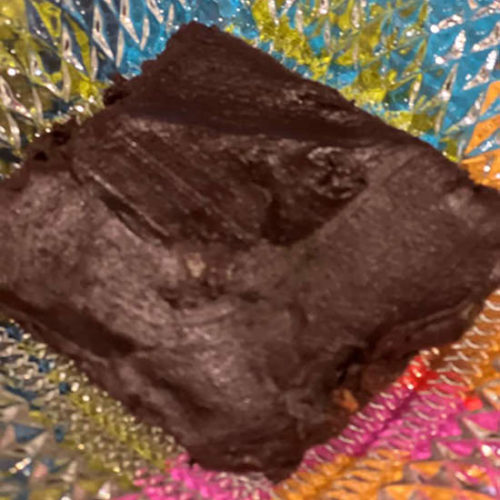 Texas is a plethora of adventures waiting to be explored. Rivers, lakes, hills, forests, and trails all await our discovery. Being physically ready to tackle a hike, navigate a river in a kayak or enjoy a day walking the beach, simply makes it more enjoyable.

Below  Jessi Oehler shares with you some key exercises that you can do in your own home for a few minutes a day thereby developing muscles ready to tackle a fun outing.

View the video below for a demonstration

It’s Summer in Texas, Y’all! One of the first crops in the garden in cucumbers.

This recipe holds a special memory of staying with my Grandma on her farm and walking out into her huge garden to pick veggies for supper. (Dinner is the term for lunch on the farm).

Since her farm house wasn’t air conditioned, this cool cucumber salad was literally an elixir for the heat. I love the creaminess of the sour cream and the tartness of the vinegar in this recipe. If you keep greek yogurt on hand, you can also substitute for the sour cream.

Organic, hydroponic or cucumbers from your garden don’t need to be peeled. I use a mandolin that can be adjusted for thickness. My grandmother sliced them razor thin; I tend to go slightly thicker.

Also, Texas sweet onions can be substituted for the red – you just won’t have as much color. My friend, Cathy, adds pimientos for color.

Keep a couple slices to place on your eyes for a quick spa treatment!

Megan Traeger, an experienced RV’er spent 6 weeks last summer with her family of four traversing the US National parks. Lucky for us, she is sharing her hacks for meal planning on the road.

When traveling, she likes to have the ingredients handy and easy to snag. So, she packs all ingredients needed for a recipe in paper bags marked with the name of the dish. After coming in from hiking, sight-seeing, or just traversing the highway, this method takes the guess work out of preparation.

Megan’s family favorite is “Cheesy Taco Pasta”. RVs are short on refrigerator space, and in this case, only the ground meat and shredded cheese takes a precious spot.

Come on board the Traeger “Adventure” and view Megan preparing this simple, yummy one pot dinner with a Tex-Mex ring to it at our website: www.texicureans.com You’ll also find a handy list of staples Megan says to keep in your pantry. Happy exploring! 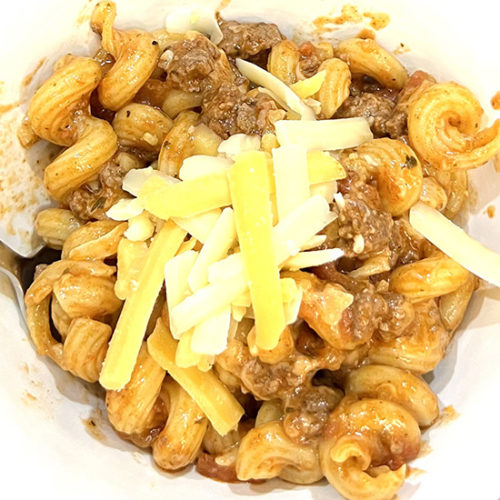 Leftovers are yummy and it is freezer worthy for a later meal.
Keyword beef, pasta

This tangy Cole slaw can be used as a side dish or you can add protein for a complete lunch.

I use local Texas honey, Texas olive oil, and a good apple cider vinegar with the “mother”.

A huge plus of this salad is that it will last two weeks in the refrigerator! Talk about a time saver!

So, invite some friends over ( it serves 12) or enjoy it as a quick side on summer nights for you and your specials. 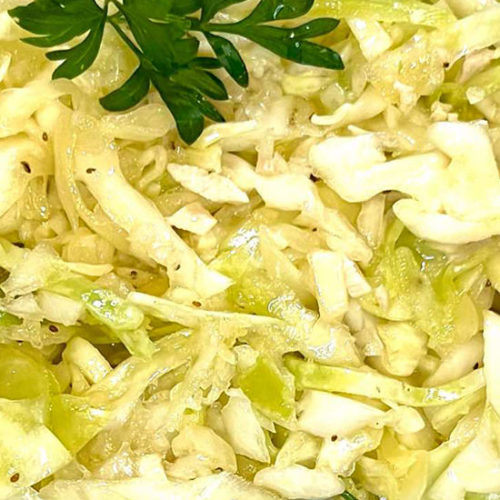 Will keep up to two weeks refrigerated.